The answer to the question: ‘Why have a green roof?’ can be different for different people.  In some areas of the country, regulations and incentives make it desirable to put a green roof on a new building.  Green roofs perform important environmental functions and they maintain the waterproofing functions of a non-green roof.  Some benefits are ‘public’, helping everyone in the vicinity equally, and others apply to the building and it’s occupants.
Benefits of a Green Roof
Green Roofs can provide both public and private benefits:

​
Green roofs mitigate the effects of stormwater in several ways.  They retain a portion of the rainfall they capture.  They also slow the flow of water that does come off the roof.  These effects minimize the amount of water rushing from the rooftop into the storm sewers and ultimately into the bodies of water that collect that water.
Many cities have a combined stormwater / sanitary sewer system.  In these cases all the water that enters the sewer must be treated in a wastewater treatment plant, and when heavy rains occur the treatment plant may overflow- releasing raw sewage into waterways.  One way to deal with this problem is to install a new  sewer system and / or water treatment plants that are sized to handle the maximum possible storm flow.  Green roofs help mitigate this need – most cities account for green roofs as permeable surface, the same as a grass field.  So as cities expand, green roofs help minimize the impact on stormwater infrastructure.

Longer Life for the Roof Membrane

The waterproofing material on a roof will degrade over time.  A typical commercial roof may need to be replaced as soon as 15 or 20 years.  The degradation is caused by two factors: photodegradation from sunlight and mechanical degradation from temperature extremes.  A green roof minimizes both these effects.  No sunlight reaches the membrane beneath a green roof.  And the temperature extremes that are typically experienced and greatly moderated by a green roof.  A black roof can undergo summer day/night temperature extremes of well over 100 degrees Fahrenheit.  It is this regular expanding and contracting from temperature that causes the failure in many roofs.  Beneath a 4″ green roof, the same membrane would experience a temperature swing of less than 10 degrees.
Many green roofs are simply not old enough to effectively quantify this benefit.  In Germany, where green roofs have been prevalent for many decades, many green roofs are passing the 40 year mark intact.  A green roof installed in Portland, Oregon has been functioning leak free since 1975.

​Although research is preliminary, there is much evidence that green roofs help reduce the flow of heat into and out of the surfaces they cover.  The is also evidence that the benefit is much greater in summertime because the reflectivity of the leaves of the plants and the evaporation rates are maximized in the summer.  The effect is also greater in lower, wider buildings where the proportion of the building envelope covered by the green roof is greater, than it is in taller, narrower buildings.

Cities are hotter in the summer than nearby rural areas.  The clustered buildings and paved areas hold heat and release it slowly, resulting in an overall increase in temperature.  Urban Heat Island effects effect comfort of city residents as well as public health.  Air conditioners consume more electricity and actually increase the effect by pumping heat from indoors to outdoors, inefficiently.  City green spaces such as parks, tree-lined streets and green-planted areas are cooler due to evapotranspiration (evaporation plus the transpiration of the plants releasing moisture through photosynthesis).  Research suggests that any increases in urban green space, including green roofs, will help mitigate the Urban Heat Island Effect.

Green Roofs are not similar to native landscapes. Yet they attract a number of insects and birds.  Native bees and honeybees love the pollen from Sedum and Delosperma.  Many butterfly species can be spied on green roofs.  Ground nesting birds such as Killdeer have been known to nest on green roofs, something that certainly would not happen on a black asphalt roof (the eggs would cook!)

Most well maintained extensive green roofs are pleasant places to be, especially in an urban cityscape.  The cooler temperatures, lovely carpets of flowers, and butterflies they attract make them valuable as amenity spaces for the people working or living within the building.  Many buildings such as the Dansko Show building shown here have accessible rooftop patios allowing the occupants to enjoy the outdoors on the green roof.  This can not only increase the productivity of employees, it can help in recruiting a higher caliber of employee who would have an appreciation for all the benefits of a green roof. 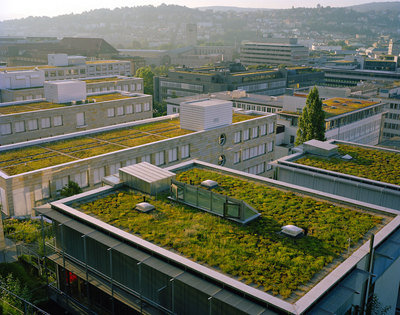 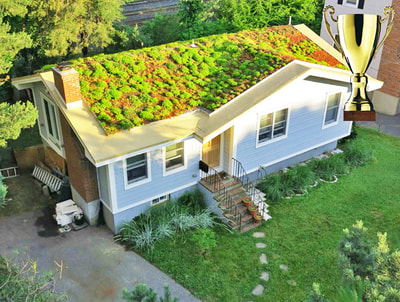 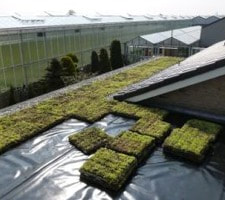 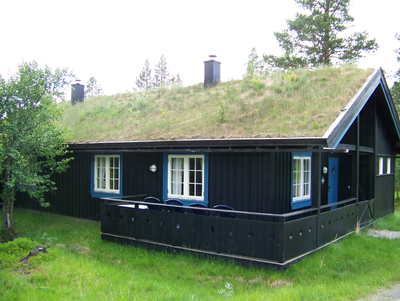 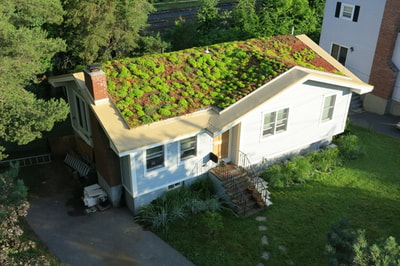 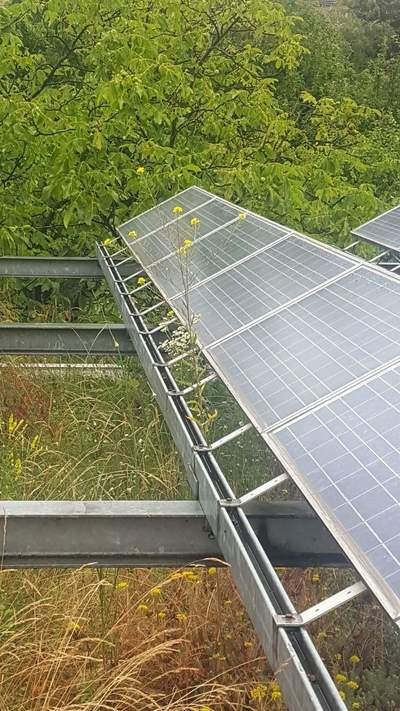 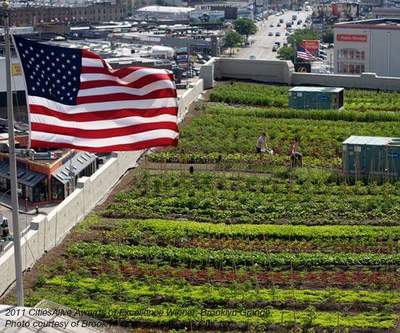 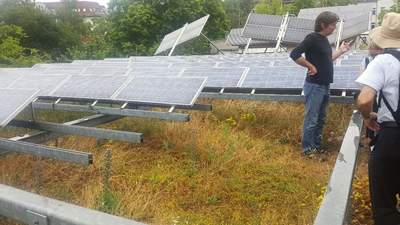